Homes for Sale in Santa Monica 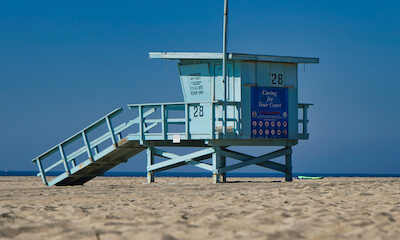 Search all houses for sale in Santa Monica and view the latest real estate listings. Santa Monica (SaMo) is an upscale beach town. The city is a longtime stomping ground for professionals, retirees, artists, and well-heeled residents who appreciate its beautiful surroundings, laid-back vibe, and countless amenities.

With multiple beaches, parks, and hiking trails, locals love taking advantage of Southern California’s stunning vistas, access to nature, and perfect weather. If you're living in Santa Monica, you probably spend a lot of time outdoors. Be sure to register for a free account so that you can receive email alerts whenever new Santa Monica homes for sale come on the market.

Incorporated in 1886, Santa Monica was a famous resort town by the early 20th century due to its oceanfront location and a Mediterranean climate. The Santa Monica motto is "Fortunate people in a fortunate land." In addition to being used as a backdrop in many movies, television shows, and video games, Santa Monica was depicted as "Bay City" in numerous Raymond Chandler novels. 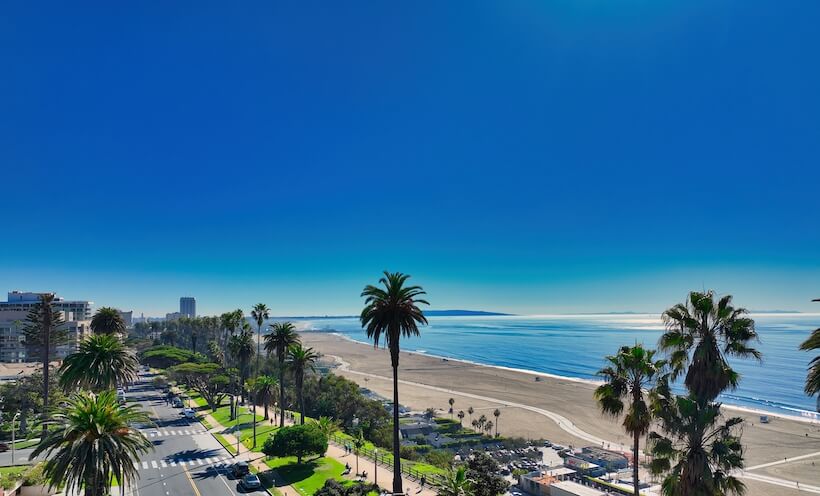 Aerospace manufacturing was a big part of the city's industry with The Douglas Company, which later became McDonnell Douglas, located within Santa Monica from 1921 until 1968. The company expanded exponentially during World War II and was vital to the war effort. In fact, set designers from the Warner Bros. Studios prepared elaborate camouflage disguises to defend against possible air attacks on the factory and airfield.

Santa Monica is part of the Westside, the term Angelinos use to indicate all areas west of the 405 Freeway, though the exact border is hotly contested. In part, living on the Westside means you don't have ever to leave it to get all your retail therapy and culinary needs met. Presumably, whatever you want, you’ll find it nearby and won’t have to sit in freeway traffic to get it. If you have friends that live on the Eastside, visiting them will feel like traveling to another state.

There's a good chance you'll fall in love and become a "regular" at least one restaurant here, whatever your preferences. All over town, you'll find great steaks, seafood, international cuisine, vegan delights, and sushi. There are three main commercial areas in Santa Monica:

If you live in Santa Monica, you may find yourself making one (or all) of the four popular farmers markets part of your weekly shopping routine. Leave your car at home and park your beach cruiser with one of the bike valets. (Biking to run errands is the norm here, further contributing to the laid-back vibe of the city.) Stock up on fruits, vegetables, and other farm goods alongside acclaimed area chefs. The markets are also a good place to find fresh, local seafood.

While Santa Monica Pier is considered “touristy” to locals, it does have an important historical timeline worth noting. The Pier started as a public utility (sewage) in 1909 and has been fishing spot, early amusement park, a place for shore leave for U.S. Navy War ships, home to a 20s-era ballroom, birthplace of cartoon character “Popeye”, yacht harbor, commercial fishing port in the 40s, and entertainment venue. Today, the summer season brings the Twilight Concert Series at the Pier, billed as “Southern California’s largest free concert series.”

From miles away, you can see the Pacific Park Ferris wheel on the Pier. The Looff Hippodrome Carousel (1922) sits below the wheel and is a national historic landmark. Right below the Pier is the Original Muscle Beach, the ever-popular fitness area where locals swing on public bars, rings & ropes over the sand. People have been exercising here since the 1930s, part of a fitness revolution that still echoes today.

The City of Santa Monica is a world leader in environmental sustainability. The City has a green building code. Nearly every government vehicle runs on alternative fuels, and the bus fleet runs on 100% natural gas. The Bike Action Plan put in motion includes a build-out of additional bike lanes. The City set aggressive goals (exceeding the State-level goals) for complete energy independence. Lastly, the zero-waste operations and rainwater collection plans have already made a big impact.

Santa Monica has a reputation as a progressive community through its environmentally-friendly and sustainable policies and public services, including curbside recycling, community gardens, alternative fuels for public vehicles, renewable energy in public buildings, cleanup of the Santa Monica Bay, farmer's markets, and an extensive city bus system. Santa Monica has also been recognized as a bicycle-friendly community by the League of American Bicyclists on multiple occasions and leads Los Angeles County in terms of bicycle programming and infrastructure.

Santa Monica is known for occasionally-foggy mornings, cool ocean breezes, and spectacular sunsets. Some days here start off relatively chilly compared to the rest of the region because of the overnight marine layer that often forms fog. Like clockwork, by midday, the sun has done its job burning off the thin overhead clouds. The prevailing onshore winds also make Santa Monica less smoggy than much of Southern California, further contributing to a very high quality of life here.

While there are many parks in Santa Monica, here are a few highly-rated standouts:

Average home prices in Santa Monica are higher than nextdoor Culver City, lower than Brentwood (by a lot) and just a tad less than Venice (which has some of the highest prices in Los Angeles on a square footage basis since many homes there are smaller). However, all these areas far exceed L.A. County averages.

The area around the Davies mansion became known as the Gold Coast as the area attracted people of both wealth and fame. Stretching along Pacific Coast Highway ("PCH") between Santa Monica Canyon and the Santa Monica Pier it became a fashionable location for discrete celebrities to build beach homes in the 1930s. Following the lead of Will Rogers and Marion Davies, actors with homes along the Gold Coast included Cary Grant, Greta Garbo, Norma Talmadge, Peter Lawford, and Douglas Fairbanks, who spent his last years living along the famed strip of beachfront property.

Architecture in Santa Monica is celebrated. In fact, Santa Monica Conservancy offers 2-hour Downtown Walking Tours every Saturday at 10 am. Self-guided tour booklets are also available for a few bucks. Several commercial and public buildings are designed in styles of Art Deco, Beaux Arts, Googie, and Churrigueresque. Did you know the Sears Roebuck store (1947) is a Streamline Moderne design and designated as a historic landmark? No joke!

In and among the Santa Monica neighborhoods of Ocean Park, Wilshire Montana, Mid-City and parts of Sawtelle, you’ll find plenty of luxury homes and condos. The terrain in these neighborhoods is flat and easy to navigate. Each district has their own small commercial areas that provide convenient dining and shopping.

Looking to buy or sell a home in Santa Monica? RubyHome's licensed real estate agents are your SaMo neighborhood experts and we'd love to help! If you are buying, contact us to schedule private showings of the homes that pique your interest.

For sellers, we’ll create a custom market report help you formulate the asking price for your home. We can provide up-to-the-minute Santa Monica real estate statistics: average area home prices; house sales history; and information about the broader California real estate market so that you can make a well-informed decision.