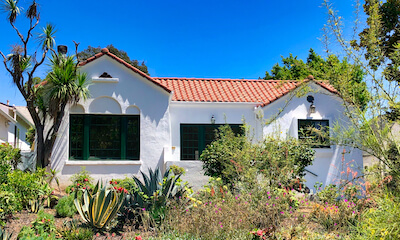 Contact our expert San Diego real estate agents today to get more information about Spanish homes or schedule a private showing. Register for a free account to receive alerts when new Spanish houses come on the market. For more inventory, view all houses in San Diego, CA.

Based on information from California Regional Multiple Listing Service, Inc. as of January 27, 2022. This information is for your personal, non-commercial use and may not be used for any purpose other than to identify prospective properties you may be interested in purchasing. Display of MLS data is usually deemed reliable but is NOT guaranteed accurate by the MLS. Buyers are responsible for verifying the accuracy of all information and should investigate the data themselves or retain appropriate professionals. Information from sources other than the Listing Agent may have been included in the MLS data. Unless otherwise specified in writing, Broker/Agent has not and will not verify any information obtained from other sources. The Broker/Agent providing the information contained herein may or may not have been the Listing and/or Selling Agent. IDX provided by Sierra Interactive.

Spanish architecture has a long history in California. It evolved over a few distinct eras, outlined below.

Spanish architecture spread throughout the New World, starting in 1513. Monarchs dictated the guidelines for the construction of missions, cities, homes, and public buildings. Careful consideration was given to the position of cities (so that they may be defended) and the health of their residents - people and livestock alike. Catholic monks built missions to support local trade, provide a safe sanctuary for colonists, and support their religious duties.

In the late 19th century, the West was fenced-in and tamed. The influx of new residents to the burgeoning California cities of San Francisco, San Diego, and Los Angeles created a demand for local institutions like train stations, post offices, and city halls. This period coincided with the Eclectic Movement, a design aesthetic that favored the past. Given California’s history as a Spanish-then-Mexican outpost, the natural expression of Eclectic design was Mission Revival architecture.

From 1915 to 1931, Southern California underwent a period of accelerated growth due, in part, to the migration of the motion picture industry from New York to Los Angeles and the marketing of California by major railroads. Idyllic scenes of palm trees, orange groves, and ocean beaches graced promotional travel pamphlets and posters.

It was during this time that Spanish-influenced design leaped from civic buildings and mansions into middle-class residential homes: Spanish Colonial Revival architecture took off.

Always find the latest San Diego Spanish listings; this page is updated several times per day (every 15 minutes) from the most extensive MLS in San Diego.

Each property listing includes the price, the year the home was built, the size of the house (square feet), the size of the lot, the number of bedrooms and bathrooms, and other important details. You’ll also be able to check the MLS number, see how many days it has been on the market (DOM), and the current listing status (active, under contract, or pending).

Review interior and exterior features of the home. Details about the surrounding neighborhood will be included with a map, local schools, and similar homes for sale nearby.

Are you thinking of buying a Spanish home in San Diego? Contact our San Diego real estate agents; we're the LOCAL experts and can answer all of your home buying and neighborhood questions.

If you're thinking of selling your home in the San Diego area, our listing agents can provide previous sales history, dates and prices of recently sold homes (comparable properties), and the latest San Diego real estate market statistics.