Homes for Sale in Pacific Palisades 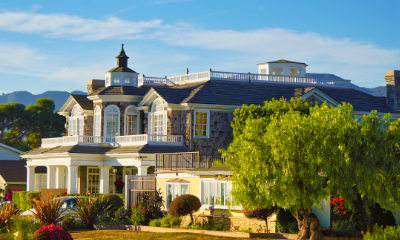 Search all Pacific Palisades, CA houses for sale and real estate listings. Pacific Palisades sits above the Pacific Ocean on the rise of the Santa Monica Mountains. People move here to revel in stunning coastline views and cool ocean breezes. The terrain and landscape are gorgeous, not to mention the front row view for sunsets.

You'll never be too far from a beach, park, or mountain trail. This affluent and quiet seaside community makes for a perfect escape from the bustle of the city. The Palisades lives up to its reputation as a prime spot to live, where the "mountains meet the sea." Register to receive alerts when new Pacific Palisades properties come on the market.

Based on information from California Regional Multiple Listing Service, Inc. as of May 27, 2022. This information is for your personal, non-commercial use and may not be used for any purpose other than to identify prospective properties you may be interested in purchasing. Display of MLS data is usually deemed reliable but is NOT guaranteed accurate by the MLS. Buyers are responsible for verifying the accuracy of all information and should investigate the data themselves or retain appropriate professionals. Information from sources other than the Listing Agent may have been included in the MLS data. Unless otherwise specified in writing, Broker/Agent has not and will not verify any information obtained from other sources. The Broker/Agent providing the information contained herein may or may not have been the Listing and/or Selling Agent. IDX provided by Sierra Interactive.
Neighborhoods in Pacific Palisades

Pacific Palisades is located within the 90272 zip code and is bordered by Brentwood to the east; Santa Monica to the southeast; the Pacific Ocean to the south; Malibu and Topanga to the west; Topanga State Park, the Santa Monica Mountains, Mulholland Drive, Encino, and Tarzana to the north.

Pacific Palisades is one of the most coveted neighborhoods in Los Angeles; the lush green spaces and proximity to the beach are hard to beat. It is an affluent Westside neighborhood that offers an active outdoor lifestyle while still maintaining an easy drive to everything the City of Los Angeles has to offer. The commercial core, Palisades Village, has a small-town feel. Residents love the local boutiques, specialty shops, and a weekly farmer’s market.

The housing stock in Pacific Palisades comprised mostly of single-family residences, luxury homes, and a few luxury condominiums. The neighborhood has one of the lowest population densities in L.A. Much of the land is dedicated to residential use; there are very few commercial buildings.

Some of the homes in Pacific Palisades were designed by world-renowned architects like Hap Gilman, Ken Ungar, Dan Lang, and William Hefner. Their design techniques showcased the rugged hillside landscapes and accentuated ocean views.

Notable and Celebrity Pacific Palisades Residents (Past and Present):

If you're selling a home in the Pacific Palisades area, our listing agents will provide current market data for home values, comparison properties (comps), and a highly-tailored marketing plan to make sure you get the best price for your home.