Homes for Sale in North Hollywood 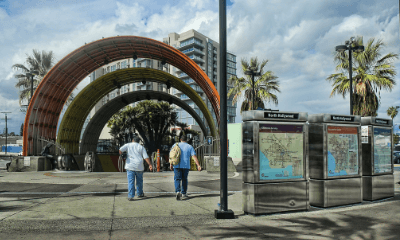 Search all North Hollywood homes and real estate listings. North Hollywood (NoHo) is a thriving, eclectic part of LA in the eastern section of San Fernando Valley. Three main freeways surround the district, giving residents easy access to nearby Hollywood, Studio City, and Burbank. You can also hop on a Metro train at the North Hollywood Station to efficiently get to Los Feliz or DTLA if you prefer not to drive.

NoHo Arts District is a subsection of the area that buzzes with activity in part because it is compact, accessible, and chock full of restaurants, cafes, bars, and theaters. Established parts of North Hollywood still offer a more relaxed - but car-dependent - suburban lifestyle.

NoHo is experiencing a new wave of growth with more housing units (condos and townhomes) coming online each month. The combination of new developments and neighborhood amenities makes North Hollywood an increasingly attractive and hip area in which to live. Housing prices here are in-line with L.A. County averages.

North Hollywood (NoHo) experienced a Postwar boom in housing development, with many well-known architects like William Mellenthin and Lucille Bryant Raport showcasing their talents. They built charming homes and Mid-Century apartment complexes, and in Mellenthin’s case, designed the quintessential valley home in the style affectionately known as Birdhouse.

Bungalow and Ranch homes are in good supply here with many Spanish homes concentrated in Valley Village. And in Valley Glen, you will find many of the Birdhouse homes, along with newer “eco-conscious” houses. In NoHo Arts District, many refurbished historic buildings are now bright, airy lofts and luxury condominiums.

Do you have questions North Hollywood homes for sale? We can answer them! If you’re interested in viewing homes, let’s schedule a private showing at a time convenient for you. We know the ins-and-outs of the market and our North Hollywood real estate agents can help you find the best deal.

If you’re selling a home in North Hollywood, get in touch for a custom home valuation report based on the most recent NoHo sales data. We can walk you through the current real estate trends, outline the best marketing strategy for your property, list it on the largest regional MLS, and advertise it on our highly-trafficked website. We specialize in aggressively marketing houses to ensure the quickest home sale possible.

North Hollywood is centrally located with easy access to the 101, 170 and 134 Freeways, as well as the Metro’s Red Line. The Hollywood Burbank Airport is situated here as well, giving locals a convenient option to fly without dealing with the chaos of LAX.

NoHo is also very close to many of Hollywood’s biggest studios, making it a prime spot for those working there who are looking for a short commute to work. NoHo is one of the more affordable parts of the Valley in which to live, offering homebuyers the opportunity to buy a home in either an attractive suburban enclave or within the denser NoHo Arts District.

Ever-popular Griffith Park and Hollywood Bowl are less than 10 minutes by car, without traffic.

If you are looking for a sunny and dry climate, San Fernando Valley is where you will find it. The area is known for low humidity and very few cloudy days. In fact, approximately 288 days a year are sunny, and one can expect less than 20 inches of rain annually. North Hollywood and surrounding neighborhoods in the Valley can get hot in the summer. Sometimes, temperatures will climb into the 100s. That underscores why residents prize their many shade trees and backyard pools.

The North Hollywood area transitioned from Spanish rule to Mexican territory, then annexed by the United States, and shortly after that a part of the State of California. It was initially part of the Mission San Fernando Rey de España landholdings until the Mexican government later confiscated it. The 1847 Treaty of Cahuenga ended fighting between opposing forces in the Mexican-American War. That same year, the Lankershim Ranch Land and Water Company took over the lands.

In 1850, the State of California was established. Initially deemed “Toluca” in 1887, it was renamed "Lankershim" in 1896 and officially became "North Hollywood" in 1927 to move away from its association to farming and instead draw people with the allure of Hollywood. The expanding economy and westward migration of people from the East Coast during the 1920s set off a real-estate boom which continued well after WWII, partly thanks to the growth of the burgeoning aviation and film industries.

In the 1990s, NoHo Arts District was officially declared a district, and it has been growing ever since.

NoHo Farmers Market is held every Saturday (8:30 am to 2:30 pm) on Bakman Avenue in the Arts District. You will find fresh produce and seafood, numerous food carts, clothing, and jewelry. Make sure to enjoy a stroll in North Hollywood Park afterward. Or a jog beforehand if you are feeling more energetic.

If you want to avoid the heinous commute to Los Angeles International Airport (LAX), the Hollywood Burbank Airport (formerly Bob Hope Airport and uses the airport code BUR) is a more convenient option for flights to and from many western parts of the US. It even has a daily red-eye flight to New York.

North Hollywood Park is divided into two sections by east-to-west running Magnolia Boulevard. It houses the Amelia Earhart Regional Library and the North Hollywood Recreation Center on the north side and offers ample green space, picnic tables and running trails in both sections. On Thursday evenings, check out the Food Truck Collective. On many summer nights, you can enjoy outdoor movie screenings. There are also programmed events during the day.

North Hollywood Recreation Center is perfect for all ages, and its amenities include indoor and outdoor baseball diamonds, tennis and basketball courts, auditorium, gymnasium and a newly renovated playground. It also has an outdoor seasonal pool where you can take lessons.

Griffith Park is just a few minutes away traveling east on the 134 Freeway. Within the park's perimeter, you will find a vast network of hiking trails, many leading up to the Griffith Observatory. The Griffith Observatory is a beloved spot for lounging after a hike or star-gazing in the planetarium at night. Just below the observatory ground, you will find the intimate 5,870-seat Greek Theatre (1930). The amphitheater offers a full slate of seasonal live theater performances and concerts. The canyon acoustics are stellar. Travel Town Museum and the LA Zoo are also popular spots within the park. And during the holiday season, the LA Zoo extends its hours to showcase festive, seasonal lights and food specials.

Lakeside Golf Club is just south of North Hollywood between Toluca Lake and the LA River. This lush course receives five stars across the board, boasting one of the most pristine courses in the city. It is a members-only club, so get ready to pony up if you want it to be your home course. Other parks in the vicinity:

NoHo Arts District is the local hub for dining and entertainment. You will find pizza joints, diners, Japanese restaurants, wine bars, and gastropubs. Some pubs and lounges also host DJs, live music and comedy. Also, there are several theaters (including historic El Portal Theatre), which offer an eclectic mix of plays, dance performances, and comedy acts. Check out the Arts District calendar to stay abreast of upcoming events.

Along Magnolia and Burbank Boulevards you will find a wide range of dining spots including some of the neighborhood’s most popular Mexican restaurants and the infamous Cuban bakery, Porto’s Bakery and Cafe.

Just down the 101 Freeway, Universal CityWalk offers some chain restaurants and dozens of stores, including Universal Studios' gift shop. It also houses the biggest movie theater in the area with 19 screens and an IMAX theater.

Hollywood Bowl is due south on the 101, you will find the iconic Hollywood Bowl, considered the premier outdoor music venues in Los Angeles. Nestled in the Hollywood Hills, the amphitheater offers a wide range of events from operas, to rock n' roll's greatest acts, and films accompanied by a live score by the L.A. Philharmonic. You can buy a subscription of 3-10 events during the season (June-September) to secure good seats. But allow extra time to travel there as freeway and surface street traffic is usually at a standstill before events.

El Portal Theatre is an Art Deco style theater constructed in 1926 that was originally a vaudeville theater but became a popular venue for cinema soon after. Musicals, plays, and dance performances make up the programming for its three theatres. Sometimes, film and TV crews use them for shoots as well.

Laemmle’s NoHo 7 is located in NoHo Arts District; it is the perfect spot for independent film screenings. Make sure to check their website for special engagements and Q&A sessions.

Vitello’s was established in 1964 and is located in the nearby neighboring Studio City. Vitello’s is a mainstay for delicious contemporary Italian food. It also houses an exclusive ticket away speakeasy in the back, and some of the best live jazz and comedy acts upstairs at Vitello's Supper Club. Make sure to get a ticket though, as the 160-seat club venue tends to sell out. Other entertainment venues nearby include: