Homes for Sale in Echo Park 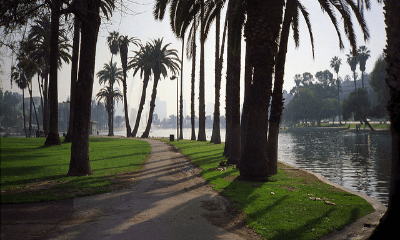 Search all Echo Park, Los Angeles homes and real estate listings. Echo Park is a vibrant and diverse neighborhood, centrally-located between Silver Lake and Downtown Los Angeles. The pace of life is a bit slower here than other parts of Los Angeles. Verdant hills and homes with epic views make living in Echo Park special.

As more homebuyers seek close-in, urban lifestyles (a reverse of the suburbanization that started in the 1950s), interest in buying homes here has steadily increased. It is considered an up-and-coming neighborhood. Yet, Echo Park is one of the oldest districts in L.A. Which just proves the adage: what is old is new again. 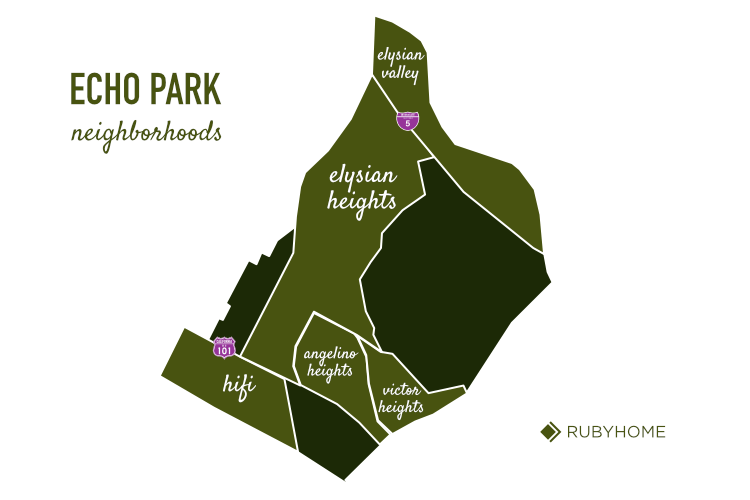 Each Echo Park neighborhood has a vibe of its own based on its history, architecture, and topography.

Houses for sale in Echo Park are relatively affordable when compared to other centrally-located L.A. neighborhoods. However, revitalization in the area is changing the game and putting upward pressure on home prices.

Echo Park’s growth mirrors nearby Hollywood. Both areas suffered decades of neglect but now see an influx of real estate investment. The convergence of technology and show business, namely the rise of the internet as the primary distribution platform for filmed entertainment, brings more and more technology jobs to the area. And, hey, L.A. is the entertainment capital of the world.

Echo Park’s proximity to DTLA further boosts the neighborhood’s desirability, especially given the ongoing revitalization in the downtown area (rehabilitation of old buildings, new residential lofts and condos, condo tower construction, and so on).

Today’s homebuyers are interested in shorter commutes, working from home, and living a more sophisticated and compact urban lifestyle where an automobile is not needed for daily living. Great restaurants, bars and museums are all within walking distance or a short Uber ride. WalkScore gives the neighborhood a score of 82.

Given the age of the neighborhood, Echo Park sports the highest concentration of beautiful, 19th-century Victorian homes (roughly 50) in Los Angeles. Other architectural styles include Craftsman, Mission Revival, and Bungalow. Visually, parts of Echo Park would look right at home in the movie L.A. Confidential. In fact, one scene from the film was shot here, on Bellevue Avenue.

Do you have questions about homes for sale in Echo Park? We'd love to answer them! If you're interested in viewing homes now, contact us today to schedule a private showing. We know the ins-and-outs of the market and our Echo Park real estate agents can help you get the best deal.

If you’re selling a home in Echo Park, feel free to get in touch for a custom home valuation report based on the most recent area sales data. We can walk you through the current Echo Park real estate trends, outline the best marketing strategy for your property, list it on the MLS, advertise it on our site, and expertly negotiate the sale of your existing home. We specialize in arranging the quickest home sale possible.

Locals have a choice of public, private, and magnet schools in Echo Park. There's also a charter school in the neighborhood. Public schools run from mid-August to early June.

While not technically within Echo Park's border, the Downtown Magnets High School deserves special attention. It sits just a few blocks outside the neighborhood. The school ranks as one of the best high schools in America by U.S. News & World Report.