Homes for Sale in Brentwood 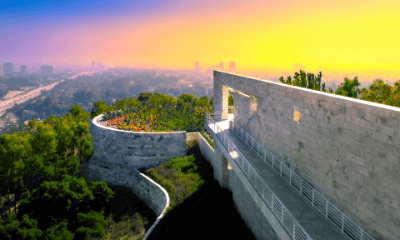 Search all Brentwood, Los Angeles houses for sale and real estate listings. Brentwood is an affluent neighborhood with a suburban feel in the heart of the Westside of Los Angeles. The area is lush with well-manicured landscaping and commercial buildings concentrated on the main streets of San Vicente Boulevard, Wilshire Boulevard, and Sunset Boulevard. With its location near the Pacific Ocean, Brentwood has a temperate climate influenced by marine breezes, which often results in a marine layer, a cover of low clouds that roll in overnight and burn off by mid-morning.

Be sure to register for a free account so that you can receive email alerts whenever new Brentwood properties come on the market.

Brentwood is located within the 90049 zip code and is bordered by Bel Air, Westwood, and the 405 to the east; Santa Monica and West LA to the south; Pacific Palisades to the west; and Sherman Oaks, Encino, and Tarzana to the north. Many Brentwood enclaves sit on the rise of the Santa Monica Mountains which means homes within them have city, ocean, and canyon views. Home shoppers looking for privacy will want to keep Brentwood in mind as it is abundant; whether it's nature or exclusive, gated communities creating the seclusion.

Development in the area began in the 1880s with a small community forming outside the west gate (thus known as "Westgate") of the recently-established 600-acre Pacific Branch of the National Home for Disabled Soldiers and Sailors. On June 14, 1916, The City of Los Angles annexed the area known as Westgate, which included Brentwood. Brentwood real estate includes architecturally-significant houses like Mid-Century Modern homes from masters working in Los Angeles as well as classics like Spanish Revival, Cape Cod, and Tudor styles.

Developments and Subdivisions in Brentwood:

Notable and Brentwood Residents (Past and Present):