Homes for Sale in Laurel Canyon 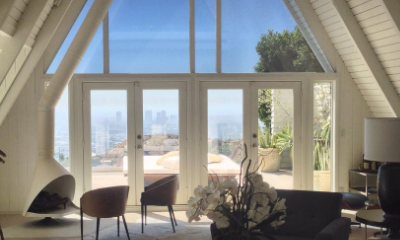 Laurel Canyon is a both a canyon and a neighborhood located in the Hollywood Hills. The area is best known as being a shortcut from the Westside to Studio City and for its place in history as the home to many famous musicians, especially during the height of rock n' roll during the 1960s and 1970s. The environment here is woodsy given all the trees and plant life. The vibe is laid-back yet one is not far from the action in the city below.

The area continues to appeal to residents with bohemian and artistic sensibilities, in part due to its history and because it is where home shoppers can find some of the most affordable real estate in the Hollywood Hills West area. Laurel Hills and Mt. Olympus subdivision located within Laurel Canyon.

Since Laurel Canyon offers some small lots without a view, the neighborhood allows buyers to purchase homes in the Hollywood Hills at a much lower price point than neighboring areas. While this is true, the neighborhood is also home to numerous examples of modern architecture as well as properties with panoramic views.

The Laurel Canyon neighborhood is in the Hollywood Hills West area of Los Angeles and within the 90046 and 90069 zip codes. The neighborhood borders Sunset Plaza, Doheny Estates, the Trousdale Estates neighborhood of Beverly Hills, and Beverly Hills Post Office to the west; Mulholland Drive, Studio City, the Donas, and Woodrow Wilson Drive to the north; Mt. Olympus and Nichols Canyon to the west; and the Sunset Strip and West Hollywood to the south.

Development in Laurel Canyon began as mountain resorts and hunting lodges built on subdivided lots. An electric trolley serviced the area and went as far as the base of Lookout Mountain Road. From there, travel was made by foot or mule to the rustic cabins beyond. 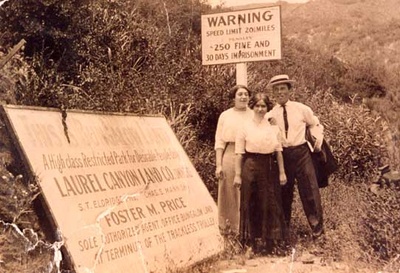 The housing stock in the canyon consists of single family residences, luxury homes, mansions, and estates - especially in the Mount Olympus enclave closer to Mulholland Drive (at the northern border of the district). Condominiums can be found at the base of the canyon, right off Sunset Boulevard where it meets the terminus of Laurel Canyon Boulevard.

Even though the terrain can be quite steep, homes on larger lots are often have backyard pools and tennis courts. No matter the size, decks are common, which make for great stargazing or taking in the city lights across the Los Angeles Basin at night. Residents can keep up with local events, services, and local issues via the Laurel Canyon Association's website.