Homes for Sale in Hollywood Heights 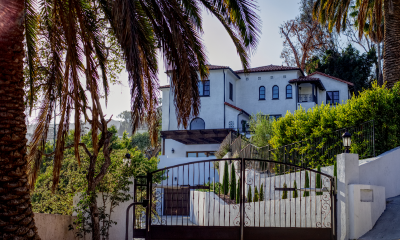 Search all neighborhood real estate listings below (updated every 15 minutes from the largest MLS in Southern California) or scroll down to read more about this classic hillside neighborhood. Be sure to register for a free account so that you can receive email alerts whenever new Hollywood Heights properties come on the market.

Based on information from California Regional Multiple Listing Service, Inc. as of July 1, 2022. This information is for your personal, non-commercial use and may not be used for any purpose other than to identify prospective properties you may be interested in purchasing. Display of MLS data is usually deemed reliable but is NOT guaranteed accurate by the MLS. Buyers are responsible for verifying the accuracy of all information and should investigate the data themselves or retain appropriate professionals. Information from sources other than the Listing Agent may have been included in the MLS data. Unless otherwise specified in writing, Broker/Agent has not and will not verify any information obtained from other sources. The Broker/Agent providing the information contained herein may or may not have been the Listing and/or Selling Agent. IDX provided by Sierra Interactive.
Neighborhoods in Hollywood Hills

It's hard to express how such a small area - which is only a few blocks wide - can pack so much historical punch. Hollywood Heights has been home to many up-and-coming celebrities over the years. Ever since the of the motion picture industry took hold in L.A. in the early 20th century, notable novelists, actors, musicians, and poets have all made this place their home. And many great books, screenplays, and songs have been born here.

Both the Magic Castle and Yamashiro Historic District - with its full-blown Japanese palace (and pagoda) - sit at the base of the Hollywood Heights district. You can also find Samuel Freeman House (California Historical Landmark #1011), a pre-Columbian Modernist home designed by Frank Lloyd Wright, and other architectural gems of note.

House prices in Hollywood Heights are higher than the L.A. County average. The housing stock in the district consists of single-family residences and luxury homes.

Hollywood Heights has a heavy concentration of Spanish Colonial homes, a style that was en vogue in the early years of the district that started in the 1920s. Highland-Camrose Bungalow Village, a collection of Craftsman-style Bungalows, sits at the north end of the tiny enclave. The neighborhood also sports architectural homes in styles of Traditional, Contemporary, Mediterranean, and Modern - to name a few.

Homes with backyard pools are hard to come by in Hollywood Heights; they just weren't as popular in the 1920s and 30s when many of the homes here were built. What's more, you'll be hard-pressed to find a solar panel anywhere.

When you click a listing, you'll get detailed property information including photographs. The listing overview includes interior features like the number of bedrooms and bathrooms, major systems (heating/cooling), size (in square feet) and other important details such as:

You can also review exterior and interior home features as well as the architectural style of the home. If any major appliances are included with the sale, those will also be noted. Hollywood Heights neighborhood information and similar homes for sale within the 90068 zip code will also be displayed.