Homes for Sale in Doheny Estates 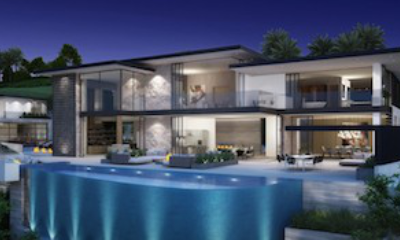 With its location at the top of Doheny Drive, the Doheny Estates enclave offers some of the best views found in all of the Bird Streets neighborhood. Homes in the neighborhood are among the most sought-after properties in all of Los Angeles.

Privacy and jetliner views add to the sense of living in a retreat above the sprawling and bustling city below. The Doheny Estates community is close to shopping, dining, and entertainment found along the Sunset Strip, in West Hollywood and in nearby Beverly Hills. All of these elements are why Doheny Estates real estate commands high prices and makes for one of the most exclusive enclaves in Los Angeles.

Based on information from California Regional Multiple Listing Service, Inc. as of January 19, 2022. This information is for your personal, non-commercial use and may not be used for any purpose other than to identify prospective properties you may be interested in purchasing. Display of MLS data is usually deemed reliable but is NOT guaranteed accurate by the MLS. Buyers are responsible for verifying the accuracy of all information and should investigate the data themselves or retain appropriate professionals. Information from sources other than the Listing Agent may have been included in the MLS data. Unless otherwise specified in writing, Broker/Agent has not and will not verify any information obtained from other sources. The Broker/Agent providing the information contained herein may or may not have been the Listing and/or Selling Agent. IDX provided by Sierra Interactive.
Neighborhoods in Hollywood Hills

Doheny Estates, a section of the Bird Streets neighborhood in the Hollywood Hills, is in high demand for offering striking architecture and jet-liner views. Doheny Estates is located within the 90069 zip code and is bordered by the Beverly Hills developments of Trousdale Estates and La Collina Estates to the west, the rest of the Bird Streets neighborhood to the south and east, Sunset Plaza to the north and east, and Laurel Canyon to the north.

Homes in Doheny Estates are built on terraced lots up to an acre and a half, although all but a few parcels are between a third of an acre to two thirds of an acre. The terraced parcels were designed to enhance views and deed restrictions protect those views, thus limiting most structures in the neighborhood to a single story. Although the area is known for Modern architectural gems, architectural styles in the area also include Contemporary, Mediterranean, Mid-Century Modern, Ultramodern, and Cape Cod. Nearly every home includes a backyard pool and deck. A few eco-conscious property owners add solar panel arrays.