Homes for Sale in Hollywood Hills 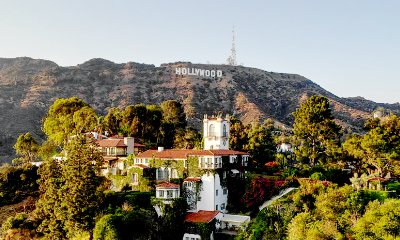 View all active real estate listings in the Hollywood Hills. The Hollywood Hills neighborhood sits in the center of Los Angeles along the southern-facing slopes of the Santa Monica Mountains. The area is one of the most beloved parts of the city.

People love living in the Hollywood Hills because it feels less urban and more like a verdant sanctuary, even though it’s part of the second-largest city in the United States. The area is home to jet setters, entertainers, entertainment executives, bankers, lawyers, and folks who’ve done well for themselves across a spectrum of professions. Register for a free account to receive alerts whenever new Hollywood Hills properties come on the market.

The Hollywood Hills neighborhood sits inside the 90046, 90068, and 90069 zip codes. The Hills are bordered by Trousdale Estates (neighborhood of Beverly Hills) to the west; West Hollywood, Hollywood, Sunset Boulevard, Hollywood Boulevard, and Franklin Avenue to the south; Los Feliz and Griffith Park to the east; and Studio City, Universal City, Toluca Lake, Burbank, and Mulholland Drive to the north. The Hollywood Hills occupy a portion of the Santa Monica Mountains.

The following canyons can be found within the Hollywood Hills:

The Hollywood Hills are beloved by Angelenos for the numerous parks and open spaces found here. Some local favorites include:

Hollywood Hills West is the portion of the southern slopes of the Santa Monica Mountains that sits between the Cahuenga Pass section of the 101 Freeway and the Trousdale Estates subdivision of Beverly Hills.

There is always something going on at the base of Hollywood Hills West. Popular daytime activities include taking advantage of the ever-popular Runyon Canyon Park and al fresco dining at many of the cafes and restaurants that line Sunset Boulevard. Shopping among the plethora of boutiques also ranks highly. Traffic is heavy on weekend nights when the area attracts visitors of the comedy clubs, music venues, bars, and restaurants.

The Hollywood Hills East area is located within the Santa Monica Mountains due east of the Cahuenga Pass. This area has long been associated with the glamor of Hollywood since the first movie stars sought refuge, solitude, and views on the hillsides here in the early 1920s. The connection between the Hollywood Hills and Hollywood stars continues to this day as celebrities look for either a modern jewel box with a view or a historic Spanish home with Hollywood heritage.

The "HOLLYWOOD" sign sits atop Mt. Lee, right above Beachwood Canyon. Today it is a tribute to the motion picture industry synonymous with the area, but it originally read "HOLLYWOODLAND" as an advertisement for a real estate development of the same name being sold directly below it.

The Hollywood Hills East area is located within the 90068 zip code and is bordered on the west by Hollywood Hills West, the Cahuenga Pass, and the 101; on the north by Universal City, Toluca Lake, and Burbank; on the east by Griffith Park and Los Feliz; and to the south by Hollywood.

Thinking of buying a home in Hollywood Hills? Our Hollywood Hills realtors are neighborhood experts who can help you find your dream home. In addition to a continuous feed of listings from the largest MLS in Southern California, we can provide up-to-the-minute Hollywood Hills real estate information such average home prices and house sales history so that you can make a well-informed decision.

If you're selling a home in the Hollywood Hills area, our listing agents will provide current market data for home values, comparison properties (comps), and a highly-tailored marketing plan to make sure you get the best price for your home.