Homes for Sale in Burbank 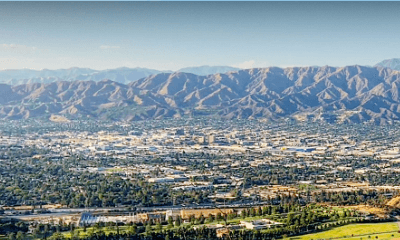 Search all Burbank houses for sale and real estate listings below. Burbank is a medium-sized city (a little over one hundred thousand residents) and a suburb of Los Angeles, located about 13 miles from Downtown Los Angeles. Burbank has become one of the most famous cities in the United States – despite its size - because of its importance to the film and television world. People around the country know the city by name, in part because of years of exposure on popular television shows like the Tonight Show.

Burbank sits at the eastern edge of the San Fernando Valley (a.k.a “The Valley), flanked by the Verdugo and Santa Monica Mountains. Register for a free account and receive email alerts whenever a new listing (that matches your criteria) gets listed in the Burbank MLS.

Homes for sale in Burbank are reasonably priced compared to much of L.A. County but much higher than the rest of the United States. When home shoppers relocate here from other parts of the country, especially from similarly-sized cities or rural areas, they are often shocked to find that they will need to downsize (significantly) to buy a home of equal value here compared to the house from which they are moving.

The flatland area of Burbank features many single-story California Ranch homes and Bungalows. Some homes on the valley floor date back to the 1920s. The introduction of V.A. Loans - one of the many benefits included in the G.I. Bill during WWII - fueled and accelerated home building and suburbanization during the postwar period. The pace of home construction hit its zenith in the 1950s and 60s.

In the Burbank Hills, you will find luxury and architectural homes as well as the gated communities of Halston and Highridge Estates. Burbank offers homebuyers the opportunity to choose among several styles of houses, including English Tudor Revival, Farmhouse, Craftsman, Dutch Colonial Revival, Spanish Colonial Revival, Queen Anne (Victorian), or Oriental Craftsman.

Burbank was named after a dentist from New Hampshire, Dr. David Burbank. He bought property here in 1867 with sheep herding on his mind. A couple of decades later, the good doctor was subdividing and selling his land in parcels.

Burbank was incorporated in 1911 and home to the burgeoning aviation industry in the 1920s. Large hangars and office buildings were constructed to support Lockheed’s headquarters and Boeing’s aircraft assembly operations. Burbank's economy went into high gear during WWII; the city was an important aviation and manufacturing hub of the war effort, producing both commercial and combat planes.

Hollywood Burbank Airport (formerly Bob Hope Airport and uses the airport code BUR) was completed in 1930 and still serves the public today. In fact, locals prefer it to Los Angeles International Airport (LAX); vehicle traffic is far less congested, and security lines are much shorter. However, most non-stop flights serve cities in the western U.S. If you want to fly from BUR to New York or Europe, you'll need to connect with another flight from a major hub.

If you’re a movie buff, you probably already know that Burbank is where Walt Disney expanded his studio operations in 1940. Today, Burbank is the "media capital of the world." Tourists flock from all over the country to see the studios where their favorite Nickelodeon, Disney, Warner Bros., and Cartoon Network shows are created.

If you live in Southern California long enough, the glamour of the entertainment business begins to wear off. However, even the most jaded resident of Burbank might enjoy going to an occasional TV show taping. First, they're free. Second, the studios have killer air conditioning! Third, a band you love or your favorite actor from New York might be a guest on Conan or The Ellen DeGeneres Show. Lastly, your friends and family who come to visit aren’t jaded yet, so sending them off to a live taping or studio tour is a big deal.

Seven out of ten of the largest private employers in Burbank are entertainment companies. Here are the Top Five:

The residential areas of Burbank include two distinct sections - the foothills and the flatlands. The flatland section starts in Downtown Burbank and extends across The Valley floor westward to North Clybourn Avenue. Hollywood Burbank Airport and the 134 Freeway forms its northern and southern borders. Here are its subdivisions:

The foothill section starts Downtown and extends eastward, up the foothills of the Verdugo Mountains. The further you travel into hillside communities, the higher the home prices get. Just like any other real estate market, you’ll pay a premium for properties with views. Home prices and elevation are highly correlated. Here are the subdivisions in the foothills:

To state somethign painfully obvious, the weather in Burbank, CA is…amazing! Expect year-round sunny skies. While the temperatures here get a tad hot in the summer, the low humidity helps ease the burden. Occasionally, people who move to Burbank from the East Coast comment about the “lack of seasons" here, but if you pay close attention, you’ll notice seasonal changes.

While fall is not as colorful, the leaves here turn brown-red and fall off, just like you’d expect. Spring season here is short. Really short! For just a couple weeks, starting in mid-March, all the buds on deciduous trees open and begin their photosynthesis in earnest.

Burbank is laced with parks, community centers, hiking trails, restaurants and commercial districts for its residents to enjoy. If you are considering buying a home in Burbank, here are a few key things you need to know.

In any town in America, restaurants come and go with the times. But Bob’s Big Boy has been a Burbank institution since 1936. The casual family diner is an excellent place to enjoy a hamburger or waffle, especially on the patio tables.

The most expensive places to eat in town tend to be sushi restaurants, indicating how serious Burbankers take their fish and how willing they are to pay up for it. Lounges, pubs, gastropubs, and cafes can be found all over town. Any hankering for ethnic food can be satisfied given the diversity of culinary styles offered here, from French, Mexican, Japanese, Mediterranean, American, Italian, Brazilian, and Russian. That’s not the entire list of choices, just a few that come to mind.

Old-timers might still refer to the commercial core of Downtown Burbank as “The Golden Mall.” At one time, San Fernando Boulevard was a pedestrian-only area running through the center of the community. In 1989 the mall, consisting of small lawns, flower beds, and walkways, was removed and reopened to traffic. Today, the downtown core is still quaint but also modern due to the addition of giant AMC Burbank 16 theatre which dominates the northernmost edge of the strip.

If you’re an avid shopper looking to visit several stores in one trip, check out Burbank Empire Center. Located in the heart of Burbank's aviation district, this shopping center features dozens of stores and an extensive food court. It also has a notable history; the center sits on the foundations of Lockheed's old "Skunk Works" facility that built planes during the Cold War.

Burbank Farmers' Market is where you’ll find organic produce and have an opportunity to try a variety of food or drinks. Several vendors also sell crafts. The market is open every Sunday morning during the summer and offers products for all ages and tastes. Going to a farmers' market is a great way to support local businesses.

The largest IKEA store in North America is in Burbank and draws shoppers from all over Southern California. The local Costco is an ever-busy local favorite for folks who like to save some dough and buy in bulk.

Located on West Olive Avenue, George Izay Park is one of the largest and most popular Burbank Parks and Recreation facilities in the district. The park includes beautiful sports fields and courts for baseball, basketball, horseshoe, and tennis. There is also an abundance of picnic tables for and a state-of-the-art playground.

Wildwood Canyon Park has several hiking different routes of varying distances and degrees of difficulty. Chose which trail you like based on how hard you want to blast your legs and glutes.

Burbank is a bike-friendly town with several cycling paths. The Valley floor is flat, so all the routes are easy; you’ll only need to contend with heat in the summer. Be sure to stay hydrated!

Golfers love the convenient location of the DeBell Golf Club, an 18-hole municipal course, driving range, and clubhouse nestled in Stough Canyon, right above Burbank. Players enjoy taking a break at the renovated clubhouse and restaurant. While you're out on the course, don't be shocked if a deer or coyote joins your foursome! Wildlife runs, well, wild around here.

Starlight Bowl is an outdoor amphitheater beloved local institution that hosts concerts each summer season. Each year kicks off with an impressive 4th of July fireworks show. The venue offers concession dining options as well as picnic areas for visitors.

Interested in homes for sale in Burbank and thinking of buying or selling here? Get in touch with our expert real estate agents who know the neighborhoods like the back of their hand.

You’ll get the most recent data for average Burbank home prices, sales history for any property, and information about the broader real estate market. We’re here to provide everything you need to make the best decision possible. We excel at negotiating the quickest home sale possible.