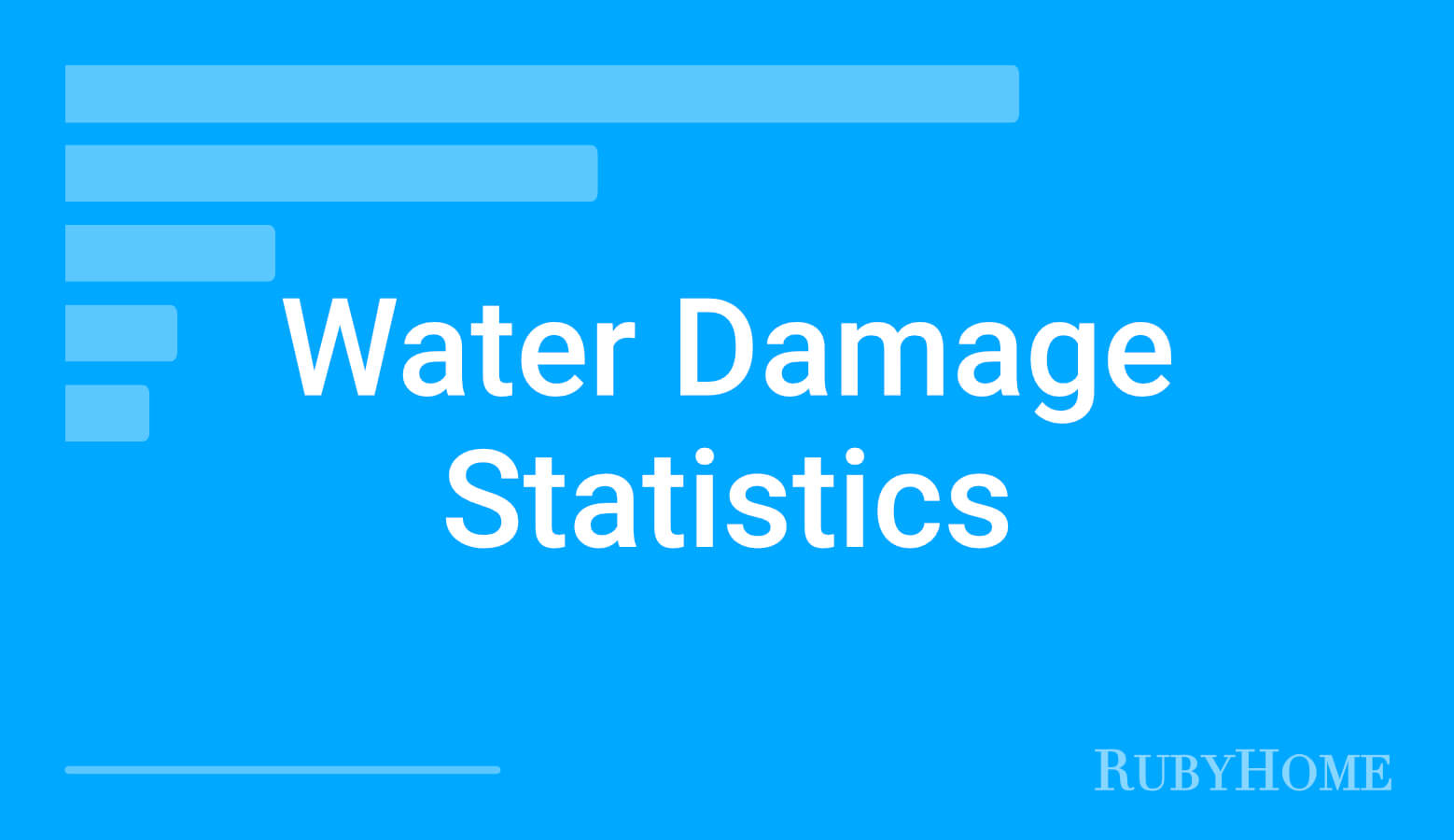 Water damage is a common and devastating problem for homeowners in the United States and around the world. In this article, we’ll take a deep look into water damage statistics and cover the following topics:

How Many Water Damage Claims are Made Each Year?

Water damage is a pervasive problem; in fact, it is the second most common home insurance claim behind damage from wind and hail.

Water damage affects around 14,000 people in the U.S. every single day. Said another way, about 1 in 60 insured homes make a claim for water or freezing damage each year. On a percentage basis, this translates to 1.6% of homes nationwide that will experience water damage in any given year.

Around 29.4% of all home insurance claims were due to water damage and freezing, which is second only to wind and hail damage (34.3% of all claims). 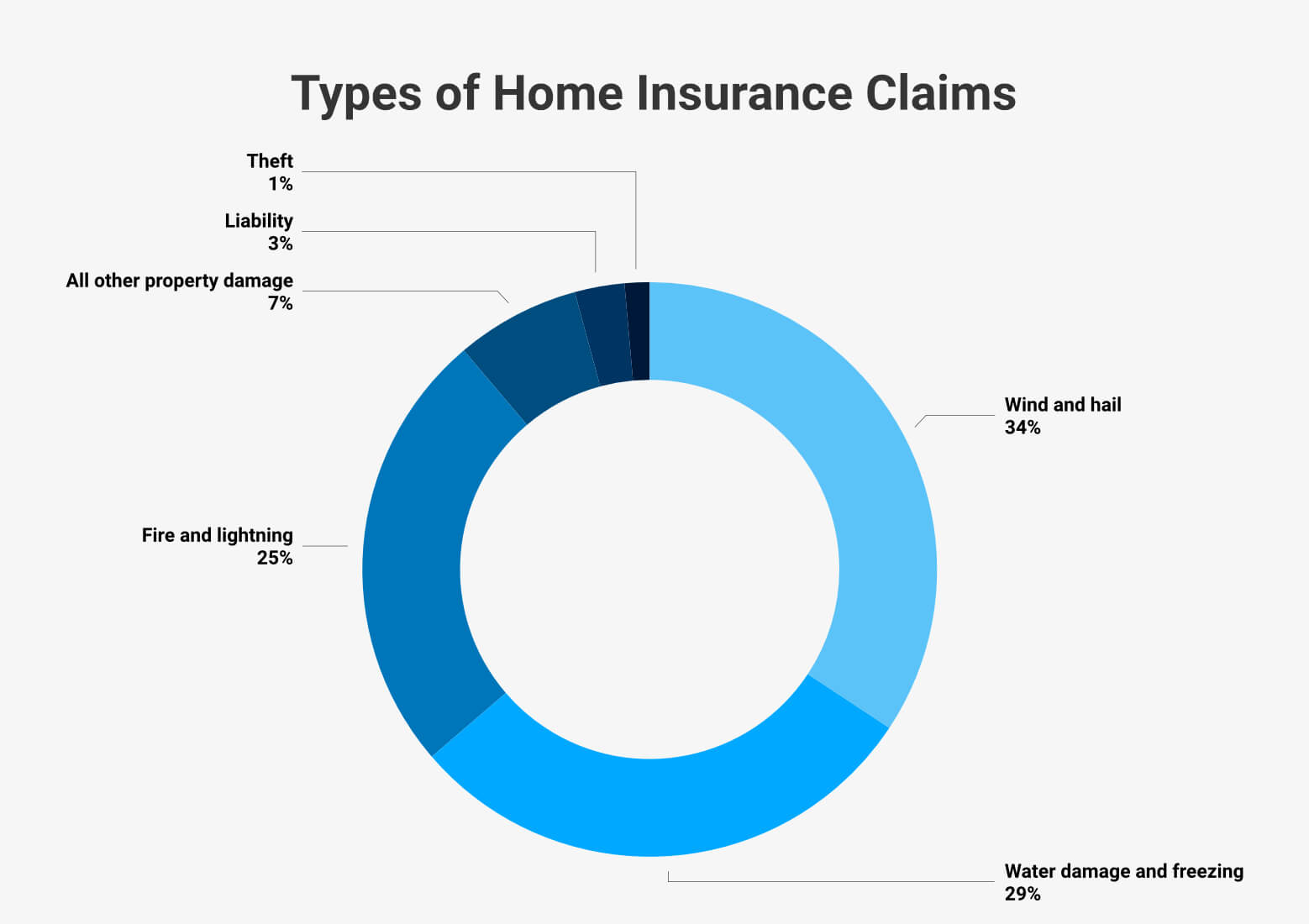 Here is a table of home insurance claims by type:

It is worth noting that most homeowners in the U.S. (93%) have home insurance. Uninsured homeowners must pay for damages out of pocket instead of filing a claim, the costs of which are covered in the next section.

Home insurance also may not cover water damage in the event of flooding or weather-related causes. Having flood insurance is essential for those living in an area at high risk for flooding. In the last section, we explain what water damage is covered by home insurance.

How Much Does It Cost to Fix Water Damage?

While the cost to fix water damage can vary widely depending on many factors, the average insurance claim to repair water damage to a home is $11,605. This section will examine the variables and factors impacting the cost of fixing water damage.

Costs By Extent of Water Damage

Water damage restoration professionals classify water damage into 4 classes, with Class 1 being the least severe. Here’s an overview of each of the classes:

Class 1 – Slight water damage to part of a single room. Savvy DIY homeowners may be able to repair class 1 water damage themselves.

Class 2 – Water damage throughout an entire room, including the walls up to 12 inches.

Class 4 – The most severe type of water damage from water that has been long-standing or from a weather event such as a flood or storm surge. Damage in this class often affects structural materials such as brick, stone, and hardwood.

The typical price range to restore water damage across all classes is between $1,240 and $5,342.

People are more likely to use their insurance when the damage to their homes is more severe. For example, the cost to restore Class 1 water damage is often less than the cost of the deductible for an insurance claim. Since people are more likely to file claims for Class 3 and 4 damage, the average insurance claim to repair water damage is higher ($11,605) than the average restoration cost across all classes.

The source of the water can also have an impact on the cost of restoration. Professionals classify the water source into 3 categories as follows:

White water (Category 1) – Water that comes from a hygienic source such as a leaky faucet, water heater, rainwater, or melted snow.

Black water (Category 3) – Dangerous and contaminated water that may pose more severe health risks. Black water may have been in contact with sewage, river, or lake water and includes all floodwater.

Restoration costs can also vary depending on what is affected by water damage. For example, restoring a bathroom fixture may cost between $150-350, whereas restoring plumbing is more likely to cost between $1,000-4,000. Here is a table showing the prices to make repairs to different areas of the home:

Hurricanes and floods are common natural causes that can lead to water damage. Since flood water is categorized as black water, damage from these natural disasters is often extensive and costly to repair. Home insurance typically doesn’t cover water damage caused by flooding; however, homeowners can also purchase flood insurance.

The National Flood Insurance Program (NFIP) provides insurance to homeowners, renters, and business owners who are looking for flood coverage. The Federal Emergency Management Agency (FEMA) can also offer some relief to homeowners who experience devastation after a disaster. The average NFIP claims payment to restore damages after a flood is $52,000, which is considerably higher than the relief FEMA can provide, which on average pays out $4,200 to those affected by a disaster.

The cost to purchase flood insurance from NFIP is $700 annually. If flooding is a concern for a homeowner, this could be well worth the price. In the next section, we'll cover just how common flooding is.

How Common Is Flooding?

Flooding is a widespread problem in the United States and around the world. The following statistics give some insights into just how common it is:

What Are the Most Common Causes of Water Damage?

Flooding is one cause of water damage, but there are a lot of things that can cause water damage to occur. In this section, we will provide a brief overview of the most common causes of water damage.

Thunderstorms, hurricanes, and flash floods all belong to the category of severe weather. From above, strong winds and heavy downpours can cause damage to roofs and allow water to seep through. From below, flooding can wreak havoc and cause lots of damage depending on the severity of the weather event.

When gutters get clogged from leaves, branches, and other debris, they can't do their job effectively of drawing rainwater away from the house. Clogged gutters divert rainwater which then runs down the side of the home, causing damage to ceilings, walls, and floors.

Pipes can often leak or burst due to temperature changes; however, the extent of the damage can vary depending on the type of pipe with a leak. A leaky bathroom or kitchen sink could lead to replacing a cabinet, whereas a broken pipe inside a home's walls could lead to mold and the prospect of replacing entire walls, which would likely be much more costly.

A leak or rupture in a washing machine supply line or an aging and malfunctioning water heater can lead to situations where the water ends up where it's not supposed to. When appliances connected to a water supply malfunction, and are not dealt with immediately, an entire room can flood in minutes.

Air conditioners produce condensation. If an AC unit is malfunctioning and the moisture is not able to get out, dripping water can damage floors, walls, and ceilings.

Clogged kitchen or bathroom drains can obstruct water from draining properly and create a backup that can result in an overflow or flooding inside the property. Overflow can also happen to sinks and tubs when people forget to turn them off.

What Are the Biggest Concerns with Water Damage?

With water damage comes various problems and health risks, most of which get worse when left untreated. From structural damage to the property, mold and mildew growth, bad smells, and electrical damage, here's a general timeline of what to expect from water damage that doesn't get adequately treated:

Carpets and flooring begin to absorb water, while furniture and carpets can begin to stain. Treasured personal belongings like photos and paperwork may be destroyed.

Humidity can make the house begin to smell while cabinetry and furniture begin to weaken and deteriorate. In 48 hours or less, even clean or grey water can get worse and turn to toxic black water.

After a few days, fungi and mold set in, causing foul odors. At this point, floors and walls have likely deteriorated so that they will need a total replacement. Structural wood within the home will likely have begun swelling and splitting.

If water damage is left untreated for weeks, the home is now likely hazardous and uninhabitable (thus, evacuation is a must). Drywall is left crumbling, and the home's structural integrity becomes questionable. The home may be salvageable at this stage, but restorations will be extensive and costly.

After months, the resulting damages likely cost more than the price of the home, and the house may be unsalvageable. In addition, the owner likely will not qualify for insurance claims due to neglect, as the severity of the damage could have been prevented if dealt with earlier.

We've covered several situations throughout this article where home insurance won't cover water damage, such as severe weather events like floods or hurricanes or a problem that was neglected and left untreated for too long.

This section will briefly examine what water damage is covered and not covered with a standard home insurance plan.

Water damage is typically covered when it is accidental and happens all at once rather than gradually over time. Think of a frozen pipe that bursts, an appliance that breaks, or a tree that falls on your roof and allows water to seep in. When water is used to extinguish a fire, the damage is also typically covered. This short list can give you a better idea of water damage that is generally covered:

Types of Water Damage NOT Covered by Home Insurance

As we discussed earlier, damage due to flooding, earthquakes, or hurricanes is not typically covered by standard homeowners' insurance. That said, purchasing insurance for these events separately is possible to ensure the property is protected no matter what happens. In addition, insurance won't typically cover damage due to intentional acts, negligence, or from swimming pools and other structures. Here’s a list of what is generally not covered:

The Cost of Wasted Water

According to the Environmental protection agency, Americans waste roughly 1 trillion gallons of water each year. That’s enough water to fully supply 11 million homes with all the water they need for a year. Even a faucet leaking at a rate of one drip per minute adds up to 34 gallons per year. However, most leaks waste more water at a rate greater than one drop per minute. It's easy to see that the amount of water wasted can add up quickly.

Water damage is a common problem, with roughly 1 in 60 insured homes making claims to restore water or freezing damage in any given year. The cost to repair water damage ranges widely depending on various factors, with the average claim payout amounting to $11,605.

It's worth noting that water damage due to floods, moving earth events, hurricanes, and other natural disasters often isn't covered by home insurance. For this reason, homeowners need to examine the risk factors that may affect their property and ensure they have the additional insurance coverage required to handle any unforeseen (but probable) events.

One thing all homeowners can do is be diligent in maintaining their homes and fixing leaks immediately. Fixing leaks prevents water damage and can result in significant savings on one's water bill and environmental footprint. 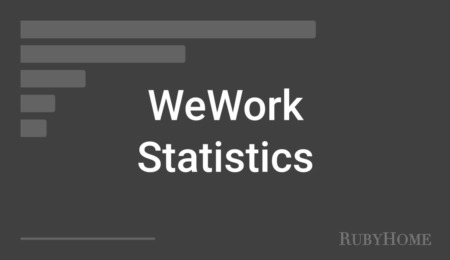 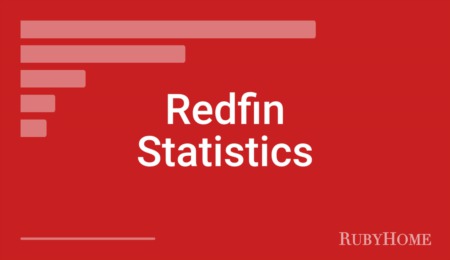 Redfin is a leading full-service real estate brokerage. Founded in 2004 in Seattle, Washington, the company reaches 51 ...