Founded in 2004 in Seattle, Washington, the company reaches 51 million monthly average users across its mobile apps and website, primarily in the U.S. and Canada.

From users to revenue, here's a summary of what you'll find on this page:

How Many People Visit Redfin?

The amount of traffic Redfin gets to their mobile applications and website is an important leading indicator of business activity because this is how Redfin meets new customers. It’s important to note that the home buying process takes time and that not all traffic will convert to revenue-generating customers right away, if at all.

Here is a breakdown of Redfin's monthly visitor growth since 2015.

Redfin has grown revenue across all key categories. In 2017 when Redfin went public, it reported revenue of $370 million compared to $1.92 billion in 2021, a 5.14x increase over this four-year period.

Here is the brokerage's revenue growth by year.

Here is a table with the real estate services revenue figures:

Redfin’s sale of properties acquired through the RedfinNow program skyrocketed from $10 million in 2017 to $881 million in 2021. That’s in increase of 88x.

Here is the breakdown of the properties revenue numbers:

The brokerage’s “other” revenue also got quite a boost over the same four-year period from $8 million to $139 million, an increase of 17x.

Here is a closer look at Redfin’s other revenue:

Here's a comprehensive overview of the company's expenses from 2017.

Redfin’s technology and development expenses amounted to $156.72 million in 2021 or around 8.2% of their total revenue.

Redfin’s technology and development expenses increased by 85.9% from 2020 to 2021. Included in the increase was a $39 million acquisition of RentPath and increased personnel costs due to a rise in head count.

Here's a table of Redfin's technology and development expenses since 2017.

Redfin’s marketing expenses amounted to $138.74 million in 2021, accounting for 27% percent of their total operating expenses.

Marketing expenses add up to 7.2% of Redfin’s total revenue.

The full-service brokerage increased its marketing expenses 2.53x between 2020 and 2021, which included costs associated with its RentPath acquisition and increased media costs as it expanded its advertising.

Here is a table showing Redfin's marketing expenses since 2017.

From 2020 to 2021, Redfin's G&A expenses increased by 137% as they saw a $71.5 million increase from their RentPath acquisition and increased personnel costs.

Redfin has steadily increased its market share of residential real estate transactions in the United States.

The company calculates market share by aggregating the value of home sales involving a Redfin lead agent or partner, then divides that value by two to account for both buy and sell sides. If Redfin represents both the buy and sell-side, they can count twice before dividing.

Then, they divide the aggregated Redfin transaction value by the total aggregated sale price for all homes in the U.S. market.

Here is a table of Redfin's market share as a percentage of the U.S. market.

Here is a table of revenue from the top-10 Redfin markets as a percentage of real estate services revenue.

Redfin ranks as the 5th largest brokerage in the U.S. by sales volume in 2021.

And here's the data for top U.S. brokerage sales volume.

Redfin ranks as the 6th largest brokerage by the number of transaction sides.

Here's a closer look at the number of sides closed by the company's competitors.

How Many People Work at Redfin?

Here is a table showing how many people work for Redfin.

Lead agents are full-time employees who earn W2 wages and benefits. The company calculates lead agent headcount by taking the number of lead agents at the end of each month and then averaging that number over the year. Although this number has gone up and down, Redfin has seen an increase from 1,023 to 1,451 lead agents, a 42% increase since 2017.

Partner agents are contractors at other brokerages who receive leads from the company and share in the proceeds of commissions earned (splits). Redfin develops thees relationships to fill high demand or overcome geographic limitations. The number of partner agents has also increased from 3,200 in 2017 to 10,700 in 2021, a 234% increase since 2017.

In the chart below, you can see that growth in the number of partner agents has outpaced the growth of lead agents.

Here is the headcount for lead agents since 2017.

And the headcount for partner agents since 2017.

The real estate brokerage is showing steady growth in revenue, properties, agents, and more, despite not having reached profitability.

Being the 4th most visited real estate website and 5th largest broker by sales volume in the U.S., there’s no doubt that Redfin is a major player when it comes to real estate.

Now I’m curious to see what you think:

Do you think Redfin will continue to grow revenues and capture more of the real estate market in the future? Do you think they can achieve profitability any time soon? 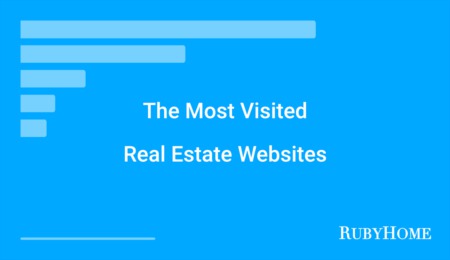 The Most Popular Real Estate Websites in the United States Based on Unique Monthly Visitors Real estate websites are the ... 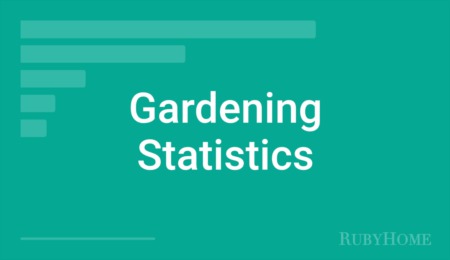 In this post, we've collected the most recent U.S. gardening statistics. Here’s the summary of what you’ll ...