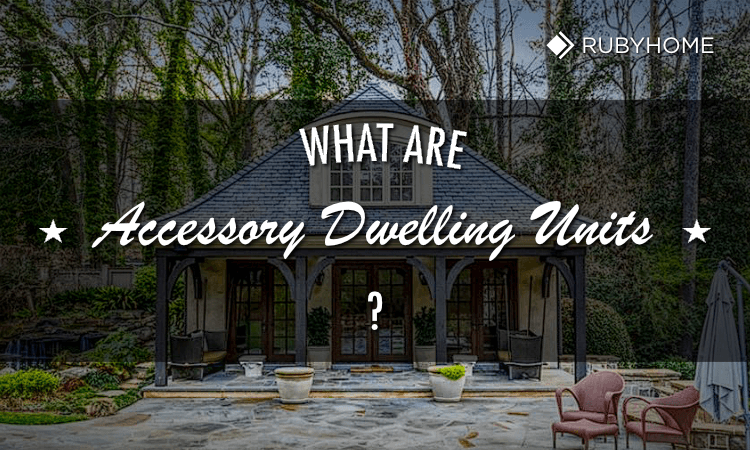 An accessory dwelling unit (ADU) is a secondary residence that occupies the same property as a primary single-family residence. ADUs can be freestanding or attached to the main residence and cannot be sold separately.

Depending on where you live in the United States, accessory dwelling units might be called different names such as mother-in-law units, guest houses, secondary suites, granny flats, backyard cottages, or casitas.

Homeowners consider adding an ADU to their property or buying a property with an existing, permitted ADU for several reasons. Some intend to rent out the space for short-term use -- such as guest quarters for out-of-town visitors or as an AirBnB -- or for longer-term situations like a 12-month lease to a renter. ADUs are also perfect as home offices or dedicated fitness spaces for working out.

Accessory dwelling units come in three basic genres: detached, attached, and interior. And, each has its own subgenres outlined below.

Freestanding ADUs are independent residences not connected to the primary residence. They have a separate foundation and independent utility hookups. Homeowners and homebuyers interested in ADUs will see two flavors of detached ADUs; existing buildings converted for use as an ADU and newly constructed units.

New construction ADUs typically cost the same as prefabricated units. However, the quality of materials on a constructed ADU can be customized to a significantly higher level if one chooses. Plus, the layout can be less boxy. For example, homeowners can add l-shaped dwellings or asymmetrical shapes that fit the property best.

One of the main benefits of buying a prefabricated ADU is that it is turnkey. Plus, it takes less time to install them, so there is less disruption to occupants of the principal residence. There will be fewer days of contractors and subcontractors visiting the site (less noise) and fewer workers to manage during the construction phase. Tiny houses, when fixed to a permanent foundation, represent another path for adding prefab ADU to one’s property. For new construction ADUs, experts strongly suggested using an open floor plan to increase the utility of the space for as many uses as possible. In fact, most people build square or rectangle-shaped ADUs without separating walls for this reason. Relying on movable partitions instead of fixed walls increases the configuration of an ADU’s interior.

Having enough space for adding a detached ADU to a property is a critical point to weigh in your decision-making process. How much is enough? Well, ADU space requirements are determined by state and local ordinances. In general, ADU units must be far enough from property lines to allow people to pass between the ADU and the property line unimpeded. Some municipal codes specify a minimum of five feet between a guest house and a property line. Cities periodically change the space requirements. Be sure to check the current rules where you live.

Many homes have garages positioned on their side so garages are often the first thing that homeowners think of when scoping an ADU project. However, converting an attached garage means giving up space for parking cars. And, garage conversions potentially eliminate extra storage space. Be sure to check your local ADU ordinances; some cities require properties to have a certain number of parking spaces. Sometimes the math works against you when you eliminate parking spaces while simultaneously adding a new residence to your property.

Alternatively, new living space can be build that adjoins the principal residence as a seamless addition. Bump outs are common when a principal residence does not have a garage or a basement suitable for conversion. Bump outs are usually added to an existing home on the main floor. If you're willing to build up instead of out, consider adding an ADU above your garage. Granny flats over garages are sometimes called carriage houses, a term that sort of sounds quaint.

Interior accessory dwelling units are often made by converting part of an existing home. These integrated units can be carved out of the primary residence’s current square footage. Converted basements are some of the most popular types of interior ADUs. Basement units can cost considerably less to convert to an ADUs because most already have insulation, wiring, and plumbing. What's more, basement conversions can be pretty quick to complete.

That said, occupants of the main house stand to lose some privacy if the basement does not have a separate entrance. The same goes for attic ADU conversions. If you have daylight (a.k.a. walk-out) basement, you’re in a good position as it already has a separate entrance for potential ADU tenants. Some folks consider interior ADUs only suitable for accommodating relatives or people they know and trust very well.

ADUs have several benefits, both at the individual and societal levels. Here are a few upsides to building a new ADU or converting existing space into one. 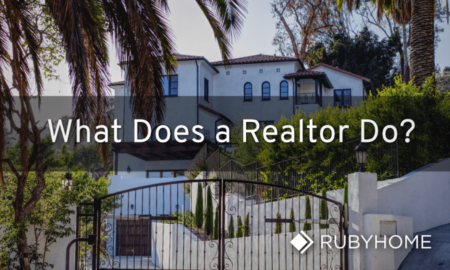 What Does a Realtor Do?

Most Realtors complete real estate transactions behind the scenes, only involving their clients when necessary. Realtors do ... 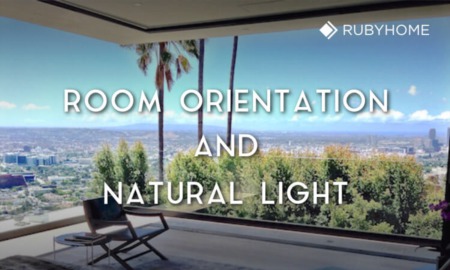 We hear from experienced homeowners looking to buy another property and  first time buyers alike that they prefer ...